“I do not wish them [women] to have power over men; but over themselves.”
Mary Wollstonecraft, A Vindication of the Rights of Woman, 1792 It’s International Women’s Day today, and this year there’s a lot of focus on the gender pay gap – not just in the UK, of course, but around the world. A report from the UN’s International Labour Organisation shows that women across the world earn 77% of the amount paid to men. Shocking, isn’t it? Women can lead nations, make laws and govern, and yet when you come right down to it we still live in a patriarchal society where men are considered to be of greater value than women. So why aren’t women paid the same as men in 2015? We’ve come a long way, baby, but not nearly bloody far enough.

In the UK, even though it’s been 45 years since the Equal Pay Act, women still earn on average 19.1 per cent less than men. 19.1 PER CENT LESS just because we have ovaries instead of a penis. Mums in the UK are particularly badly hit, because, according to the report, “provisions of daycare and after-school facilities enabling mothers to work full-time are lacking”. Quelle surprise. The Equality Act 2010 was supposed to make it illegal to discriminate against someone because of their sex (or race, or ethnicity). And yet it would appear employers are still doing exactly that. It probably doesn’t help that female MPs make up less than a quarter of Parliament. I’ll say it again. In 2015.

I’ve never understood how it can be considered acceptable that if a woman goes back to work after having a child, she can find herself sitting next to a male colleague doing the same role who will be on a higher salary than her, or a woman can be passed over for promotion in favour of a man or a childless colleague even if they have less experience or ability (and believe me, this does happen). As I’ve said before, you should NEVER underestimate a woman because she’s a mum. And this is really depressing: if you had a baby before the age of 25, or you have spent a long time out of the workplace raising a family, according to the ILO report you will “suffer a larger wage penalty”. My niece and her friends have been raised to believe that they can achieve anything they want to, if they put their mind to it; anything, it seems, except equal pay if they want to have families.

As Patricia Arquette said at the Oscars, “It’s our time to have wage equality once and for all”. You don’t have to be Meryl Streep or JLo to know why that deserves a big whoop – and some affirmative action. 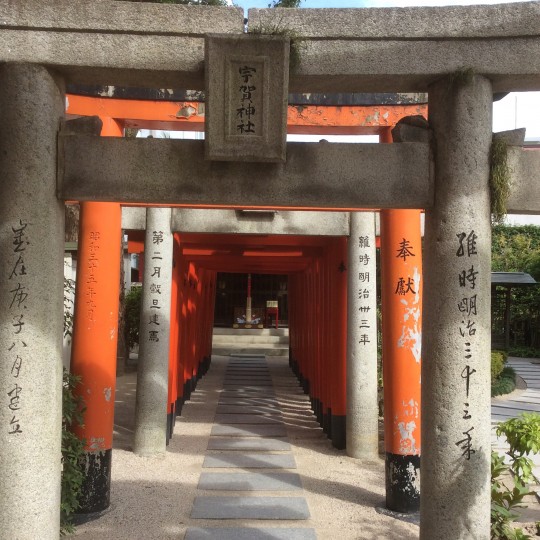 Hanging out in Fukuoka Japan