So I spent a lot of November and December in the Pacific – I was in Sydney and Tasmania in November, and LA and Hawaii in December. Much as I love some hygge at home, it was absolutely blissful to be in all that sunshine with the sea air and I’m going to be blogging about my adventures over the next few weeks.

But first, Sydney. I hadn’t been there for about, ooh, 15 years but as soon as I arrived I remembered why I love it so much. It’s a fabulous fusion of laid-back Aussie lifestyle with a cosmopolitan vibe, it’s compact enough for you to be able to walk to the main sights very easily, it has some of the best restaurants in the world and while I was there the sun shone every day. In fact if I was ever to emigrate, Sydney would probably be where I’d go.

Here then are my Top 10 Sydney highlights, I do hope you enjoy them and are inspired to visit this amazing city. 1. Sydney Harbour. I love it here so much, it’s a fantastic place to just wander around and soak up the atmosphere, it has a really cool vibe, it’s always buzzing, from very early in the morning to late at night (yes I had major jet lag in Australia). It’s worth exploring the Opera House, which is quite simply an architectural marvel, and there’s a sublime restaurant inside called Bennelong which does some of the best seafood I’ve ever tasted, including oysters which are to die for. The view of the chef wasn’t bad either… 2. Hiking in the Blue Mountains. The Blue Mountains are actually a two hour train ride outside of Sydney (very straightforward, the Aussies run their trains like clockwork) and when you get there you’re rewarded with the most stunning views. I’ll have to do a separate post on this experience because there’s so much to talk about and I actually stayed overnight to make the most of it, but here’s a little taste. 3. Staying at the Swissotel Sydney. I love city hotels and the Swissotel Sydney is so luxurious and comfortable it quickly became my home away from home. I’ll review it in more detail in a separate post, but this cocktail made for me by the superb mixologist there is called Ciroc Your Socks Off and it was absolutely delicious. And very strong. 4. The Royal Botanic Garden. I had no idea how big this actually is and there are so many different exotic trees and plants you can easily spend half a day there. It’s an amazing place to walk through, or just sit and chill and think about how much you’d like to transform your garden at home if you had a) the money and b) the climate. I also loved the fact that there are ibis birds just casually wandering around – they’re viewed a bit like pigeons, but they look so much better, don’t you think? 5. Manly Beach. No trip to Sydney would be complete without a ride on the Manly ferry – it’s kitsch and fun, you get a great view of Sydney Harbour Bridge and the Opera House, plus when you arrive you’re in an adorable seaside town, with a fabulous beach – the sea was too cold for me when I was there but although it was a bit cloudy it was warm, and the sand like golden caster sugar so I spent a few hours napping on it, listening to the surf rolling in. I love all the Fifties-style shop and restaurant fronts too. I’d love to live in Manly. As well as have an apartment in Sydney. Basically I need to marry an Australian. 6. Dinner at Bel and Brio. Did I drink and eat a lot in Sydney? Hell yes. Bel and Brio is in the very cool Barangaroo area (don’t you just love that name) – it’s a bit like Canary Wharf but without all the bankers (you know what I mean). Bel and Brio is billed as a food and wine lovers emporium. It has a fab shop and a superb restaurant, and I definitely recommend the Tuscan-style beef ribs (they melt in your mouth), and the rum baba, which was ridiculously pretty. 7. Waking up to this view. It just made me so happy. 8. The Intercontinental Sydney. I spent two nights staying at the very swanky Intercontinental Sydney which is seconds from the harbour, and if you stay in an Executive room you’re given access to the Club floor, which has a wraparound outdoor terrace with the best panoramic views of Sydney Harbour and the Royal Botanic Garden. No wonder Katy Perry is a fan. And the food is delicious, too. This is the rather splendid atrium (do love those oversized lampshades). 10. Flying home in CathayPacific business class. This is possibly because I’d been in the lounge drinking Champagne, but I’m not going to lie, I was in tears when I left Sydney. It’s now officially in my top 5 favourite cities in the world (it’s not a laminated list). Being pampered by the gorgeous ladies on board Cathay Pacific made it a little more bearable. As did this cocktail, called a Cloud Nine.

If you’re planning a trip to Sydney definitely check out Sydney.com. 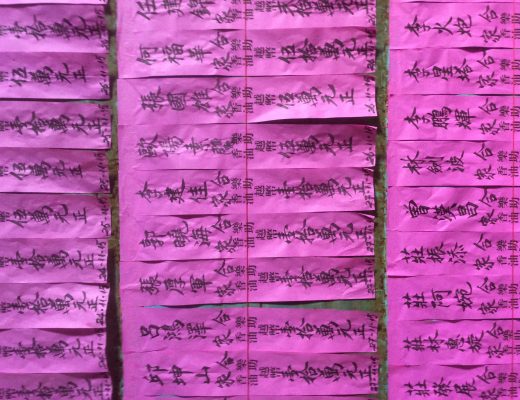