So if you follow me on Twitter, you’ll know that I’m a bit of a US drama series aficionado. From The Wire to Homeland, Boardwalk Empire to Mad Men, Lost to The Walking Dead, I’m a sucker for quality American TV*.  I was a bit of a late adopter to The Sopranos, but thanks to Sky Atlantic, I watched every episode over consecutive weeks and was totally enthralled from start to (let’s face it) disappointing finale. And of course, The Sopranos is the I Ching of US TV drama: it pretty much gave life to everything that has followed since. Nearly matched, but for characterisation and storylines, really never equalled or bettered.

(*Disclaimer: I haven’t yet seen Breaking Bad. It is of course on my list.)

Which is why I was skeptical when Ray Donovan was billed as ‘the best US drama series since The Sopranos’. I was already a fan of Liev Schreiber, so good in the film Defiance, and not averse to his considerable charms *cough*. But he’s extraordinarily good as the devastatingly attractive, dangerous, vulnerable, intriguing Ray Donovan. Tony Soprano and Don Draper rolled into one, in fact. Ostensibly, Ray Donovan is about a professional ‘fixer’ working in LA for rich and famous clients; but there are so many plot layers, it’s impossible to predict what direction it will take next, as Ray’s incredibly complicated life – personal and professional – unfurls before our eyes. Like The Sopranos, it’s the story of a ‘family’ – only this one is actually related, and as dysfunctional as it gets. The cast – particularly the gorgeous Mr Schreiber, Jon Voight, Eddie Marsan and  Dash Mihok as the other Donovan men – are all outstanding. And Elliott Gould is in it (such a fan). It’s violent (although not gratuitous), sexy, stylish, and dark, the kind of show that has you thinking about each episode long after the credits. I won’t spoil it for you, but if you haven’t watched the first season, and you like the series I’ve mentioned above, check it out.

Ray Donovan is utterly brilliant, and I agree. It IS the best US drama series since The Sopranos. Let me know what you think.

My Quantum of the Seas experience 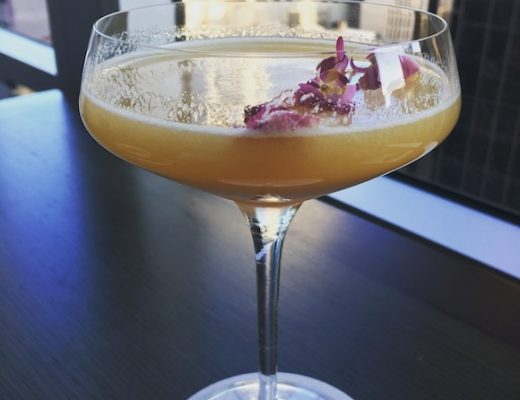