So I’ve been on the road quite a bit over the past few weeks – when I say road, I mean planes, mostly, and ships: cruising from Miami to the Dominican Republic, and from Spain to Portugal. I know, I know, it’s a tough life but I promise it was for work. I did have some incredible experiences though, particularly in the Dominican Republic where I was cruising on the first ‘social impact’ cruise line, Fathom. The idea of Fathom – motto ‘travel deep’ –  is very simple: you cruise to a single destination and then embark on ‘impact activities’ designed to help local people, learn about local culture and so on, as well as enjoying all the usual advantages of a cruise holiday. We docked at Amber Cove in the Dominican Republic and then for the next four days we enrolled in the activities. It wasn’t my first trip to the Dominican Republic, but it was the first time I’d taken part in any kind of ‘social impact’ or responsible travel in the Caribbean. Among my favourite activities was the visit to Chocal, a women’s chocolate cooperative. The cocoa is all grown close to the little factory, and then the women (and some men) turn it into chocolate, which is then boxed and sold.

What’s brilliant about is that making chocolate has enabled the women, including Milagro here, to gain financial independence and send their kids to university, as well as helping the whole community. We also visited a recycled paper factory – another brilliant initiative which means the employees can work close to home so that they can be there when their children need them. The women were an absolute riot, encouraging us to do some pretty dirty dancing with them, and in between laughing we also actually managed to make some paper, which was pretty cool. But for me the most memorable highlight was a visit to a local school to help a class of kids aged 10-12 with their English. This gives you an idea of the kind of area the school is in – you’ll notice the school has a barbed wire fence. It was so much fun sitting with the children and helping them to learn some simple English phrases and work on their pronunciation – they really seemed to be enjoying it and we made each other laugh quite a lot. I was partnered with another traveller and we had two groups – four girls, and then four boys. They were all so sweet and keen to learn, and they loved saying my name and copying my accent. The girls wrote their names down for me so I wouldn’t forget: Kimberly Martinez, Kenia Lisette Toribio, Arielis Nicol Lebron, and the youngest, Jarlenis Maria. It was an absolute joy to spend time with them and help them learn English and at the end they all hugged me. My eyes are filling with tears as I type this, because it really was an incredible experience. Now I know why people become teachers.

Afterwards we went for a simple lunch at a nearby restaurant, and it was impossible to ignore the police riding round in bullet proof vests, three rottweiilers on the top floor of one house, and kids who should have been at school playing barefoot on the baseball field (baseball is massive in the Dominican Republic). Apparently the kids often go to school in shifts – they come from large families and take it in turns to help out at home.

This was the first time as a responsible traveller I’ve actually felt as though I’ve been able to make a practical difference, by contributing something of value (teaching English), rather than just buying something or giving money. There was no religion involved, nothing political; it was just the chance to help, and I would happily have done this activity every day during our stay in the Dominican Republic. I hope it’s inspired the children to continue to learn English; they certainly inspired me.

*You can find out more about Fathom Travel here. 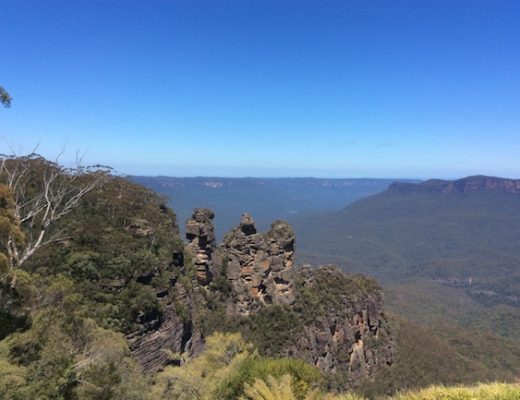