Last weekend I was in New Orleans, a city I first visited when I was 21 and backpacking across the US. My memories of New Orleans mostly revolved around Hurricanes (big tall cocktails) in Pat O’Brien’s, a paddle steamer ride on the Steamboat Natchez along the Mississippi, and music, all kinds of music, but especially jazz, everywhere we went. I had always wanted to go back but for one reason or another never quite got the opportunity.

And then Katrina happened and the time never seemed right.

10 years later, a month after the anniversary after that awful disaster, I finally got the chance to return. On the way to the hotel in New Orleans my driver, who used to drive buses for a living, tells me that a lot has changed since I was last there, but also, not very much has changed at all. But what has altered a great deal is the size of the population. 120,000 people left New Orleans during Hurricane Katrina and never went back.

He recalls how, when Katrina was closing in, he and his colleagues at the bus station decided to help evacuate as many people as they could out of the city. But when they got to the highway, they found themselves in a line miles long of cars and trucks and coaches, people desperate to leave, to get to safety, but unable to move. He saw babies and children crying on the roadside as their parents desperately tried to placate them, to change and feed them, but they had nowhere to go. “At that point, I just broke down in tears,” he says. “It was like a disaster movie, only it was real.” He ended up at the Superdome. But even though he eventually left the city for three years, he felt he had to go back; the lure of New Orleans, with its food, and music, and wonderful, open-hearted people was too much. New Orleans is the kind of city that gets under your skin and never lets go. On my first morning, I have breakfast at the fabulous Cafe Fleur De Lis. It’s small and there’s a permanent queue outside; no wonder, the food is superb and the service very friendly. My breakfastwich with hash browns arrives perfectly cooked. I take a walking tour of the French Quarter (the Vieux Carré) in the company of the wonderful Robert Florence from TourNewOrleans.com, who provides fascinating insight into the history and culture of the city. We walk past the oldest bar (not just in New Orleans but in the US)… …and then we arrive at the Mississippi River…

… where I spot the paddle steamer Steamboat Natchez, still going strong (unless it’s a reincarnation). The French Quarter remains my favourite place in New Orleans – not so much for Bourbon Street which is still an eye-opener, even in broad daylight, but for its adorable houses. No wonder Brad Pitt and Angelina Jolie bought a house here (although theirs is currently on the market for several million dollars). Everything about the French Quarter is enchanting. I even spotted these bananas growing in one garden. Most bizarre were these giant voodoo dolls… …and the wacky Halloween decorations everywhere (a month early).

And of course there was jazz playing all over the city, which makes you instantly relax. No visit to New Orleans would be complete without a po boy (usually deep fried fish of some kind, in a french roll)…

…or beignets. I remembered having beignets from my first visit to the city, and when Princess and the Frog came out and Tiana cooked them I could practically recall the taste, and those beignets were just animated. Trust me, nothing compares to the real thing. The place to have beignets – with milk or coffee (mixed with chicory, the way they’ve always made it) is Cafe du Monde. You have to ignore the fact that there’s a queue and just look for a table, or pounce as soon as anyone gets up (if you’re too hungry to wait, there’s a takeaway queue as well). Service is slow and frustrating. But it’s worth the wait. When the beignets finally arrive… oh. My. Goodness. They melt in your mouth – hot and sweet and crispy and covered in ice sugar. At first I think three will be too many. Then I realise it wasn’t enough. Now I’m wishing I’d bought some of the beignet batter to bring home.

The next day I joined a tour to the Oak Alley Plantation. I had visited a plantation before, in Mississippi, but there the guides didn’t even use the term Civil War (they still called it ‘the war between the States’). At Oak Alley Plantation it’s very different, because they don’t shy away from the most shameful part of American history (and for that matter, British history): slavery. They confront it (and close by during our visit they were filming the remake of ‘Roots’). At Oak Alley you can see the former homes of the slaves who lived there, basically little shacks… ..a huge contrast of course with the plantation owner’s home.

You can read the stories of some of the slaves, including one who managed to save up to free himself and his wife, but couldn’t free his children, who were more valuable. He died at the age of 100. Most moving of all is the list detailing the slaves and their value; mothers and children all lumped together, the old and infirm worth less than the young and healthy. Heartbreaking. It’s fiercely hot at the plantation and I wonder around in the shade of the incredible trees, some of them over 300 years old… …and am very happy to discover that they sell cocktails, including the rather fabulous Mint Julep. I’ve never had a Mint Julep before (the recipe is below) but my goodness they’re good – just the thing for helping you cool down in the heat. In fact I have two. By the time I arrive back in the city the sun is setting over the Mississippi river, and the bars are starting to fill up. There’s an expression they use – ‘laissez les bons temps rouler’, and it’s very accurate. The good times roll from dawn until the following dawn.

My weekend in New Orleans left me feeling uplifted by the city’s spirit, its people, the fabulous food and the wonderful atmosphere. I won’t leave it so long before returning next time.

*I travelled to New Orleans with Virgin Holidays – check out their New Orleans city breaks (great for a pre-or-post cruise stay). For more information on visiting New Orleans go to visitneworleans.com

How to make a Mint julep cocktail

In a glass gently muddle 1 teaspoon icing sugar with 2 teaspoons water. Fill the glass with ice, add 60ml of Bourbon whisky and stir well. Garnish with mint. Delicious (and a great alternative to Pimms). 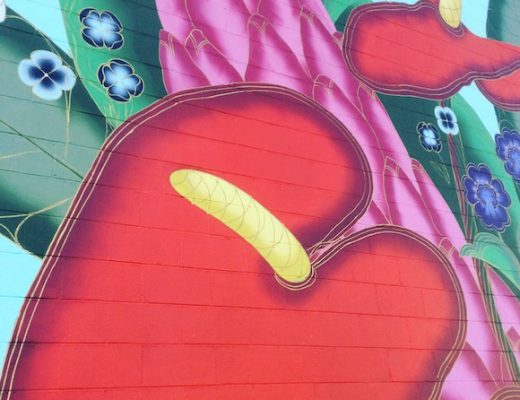