My heart goes out to the family of Bobby Bushell, the little boy who died from meningitis because doctors thought his mother was being hysterical. And I know all too well how she must have argued with them and fought for them to take her seriously, because I’ve been in that position myself.

When No 1 Son was little he had frequent asthma attacks. Most of the time we were rushed through A&E, he was put on a nebuliser and everything was fine. But on one occasion, when he was three, we were met with a fairly junior doctor who insisted, after listening to my son’s chest briefly and barely glancing at the monitor, that there was nothing wrong with him. ‘Why have you brought him in?’ he said, in an arrogant tone that implied I was being neurotic. ‘There’s nothing wrong with him. You can take him home.’

But I could see that my little boy’s breathing was becoming more and more laboured. I knew instinctively, as every parent knows, that there was something very wrong with my son. ‘He’s having an asthma attack,’ I insisted. ‘He’s fine,’ the doctor replied. But at that point my son started to lose consciousness. Suddenly we were surrounded by nurses and doctors and he was put straight on to an oxygen machine. ‘He’s having an asthma attack, caused by infection,’ another doctor confirmed. I couldn’t contain my anger. ‘I knew something was wrong,’ I snapped at the junior doctor, who looked suitably shamefaced. We spent three days in hospital. Fortunately my son was fine, but it could so easily have gone another way.

Doctors are not infallible, they don’t always get it right. But mothers know instinctively when something’s wrong with their children, and they should always be listened to. If doctors had listened to Jane Hooks, Bobby’s mother, she might still have her little boy. 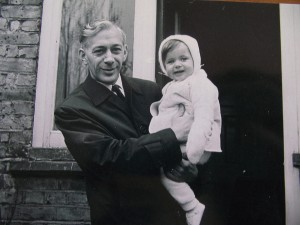